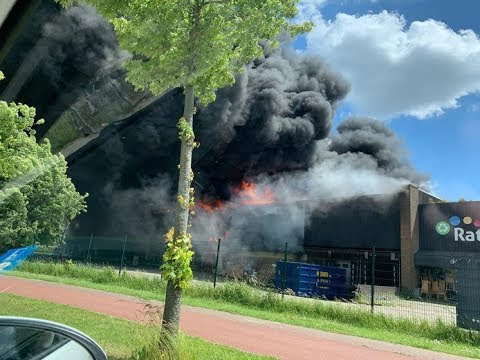 EE - Stuff to learn (during Freetime)

Preamble:
This should be a list of topics you can learn in general (and as long this is EngineeringStudents you may not learn in courses as well). Have a look what might fits you, what can be a benefit for you in future and what sounds fun. This list will never be 100% correct, there will be stuff missing and maybe some things change over time (also a lot of typos and bad grammar, I'm sorry). But with your help we may create a list with interessting and helpful topics. Yes this post was made around half a year ago, but is usefull in my opinion and would be to sad to be lost in the archive.
Hello everyone,
I noticed a couple of posts in the last weeks where people are looking for stuff to learn, but are not sure what. So I want to make a small list of EE-stuff what I recommend, beside most standard stuff (like Calc I, Ohms law etc.). I have no clue about other engineering fields (I'm into automation & robotic), but maybe YOU can help out for your engineering field, but please in another topic, not here*!* (but will be linked, if you post them in the comments)
One general advice, if you know where you want to work in future, you shall not wear blinkers and concentrate just on stuff of your field. Take a look outside the box and try to learn some stuff. You don't have to be a master on all fields, but be able to know what other engineers are talking about. Short notice: I try to list mostly free or open-source stuff, because some of us haven't got a student-licence (and/or the money), but I also know that you can't beat some commercial products so far.
General Stuff:
Programming languages:
Electronic stuff:
Automation &Robotic:
Information - and communications technology:
Micro- and Nanoelectronics:
Power Electronic/Electric:
Craftmanship (can be tricky, because you may not get the tools and somebody with experience for that)
Softskills:
Yes I can see some of you are rolling with their eyes and thinking "serious"? And you are right! And wrong! Don't underestimate Softskills. Having lectures about that stuff is sometimes pretty boring, but you won't believe what people are out there not being able to handle stuff. Neither Time management, not social skills to deal with conflicts and so on. Some people don't even know that they are missing this kind of skill set. Be honest to yourself and get at least a basic set. It is difficult to teach suc things for yourself and some techniques won't work, but others will (I manage my projects in another way than my workmates do).
[Sources are welcome, because this field is huge. I will just describe stuff I know/recommened/warn about ...]
Other Topics that aren't mentioned yet
Maybe I will add/change some stuff from time to time...
Anything you are missing? Put it in the comments and if I know it (or enough other) I will add it on the list as well.
Something wrong? Please let me notice so I can change that!
You don't even know how to survive Engineering? You may check out this regular post from me.

Annotation of JFK to 9/11: Everything is a Rich Man’s Trick, Part 1

In this great challenge to our current historical narrative, author and narrator, Francis Richard Conolly (website), uses a large amount of evidence to show that many of the worst events in the 20th century were caused by a linked group of powerful people. Part 1 of the documentary JFK to 9/11: Everything is a Rich Man’s Trick (youtube) is summarized below with links to many to his claims and the people he mentions. In this part of the documentary, I will explore the events transpiring from the late 19th century to the end of WWII.
I think Conolly is truly one of the great conspiracy theorists of the 20th century, and unlike other great theorists such as Bill Cooper or Eustace Mullins, he made his greatest work a documentary. I love this documentary because he includes so many details. The devil is in the details, and as he shows, the devil is very much alive.
Notes:
19th Century
WWI & Interwar Period
WWII
“The incredible truth which the rich elite have managed to hide from the world for 70 years through their control of school books and our education system is that the Nazi war machine was actually an American business” -Conolly
The Holocaust
Below is the most shocking thing that I learned in this documentary. The most vilified death machine ever to exist, came into existence with the full support of the elite.
In Part 2, I will explore what he says about the Mafia and the assassination of JFK. He gives an incredibly detailed account of how JFK’s assassination went down, and who wanted him dead. I strongly encourage you to watch the documentary for yourself (youtube). Feel free to repost, post to your websites/facebook in full. Thank you for reading and let me know what you think!

Things to Do - Week of Dec 2 - 8 + Remember the r/dallas Happy Hour Meetup on Friday!

A note from your listmaker
This week only (I won’t make a habit of self-promoting) I have a small request. If you appreciate this list, I am asking you to visit the Shop Small in Dallas page on my website.
My website is not monetized in any way - no ads, no affiliate links, no pop-ups, no asks for your email, and nothing that makes your clicks worth anything except a smile from me, and perhaps some gratitude from local Dallas stores if they pick up new customers. The Other links to things to do section is (and will be going forward) located at the bottom of this post. Thank you!

Faith & Grief Memorial Arch at Klyde Warren Park until Dec 20
speechless: different by design at Dallas Museum of Art until March 2020
Psychedelic Robot at 500 Crescent Court until Dec 21
Gordon Parks Early Work at Amon Carter Museum of American Art, Fort Worth until Dec 22
Transparent Universe at the Museum of Geometric and MADI Art - starts Nov 1 until 1/26/20
Renoir: The Body, The Senses at Kimbell ARt Museum, Fort Worth until 1/26/20
Robyn O’Neil: WE, THE MASSES at The Modern, Fort Worth until 2/9/20
Dinosaurs Live! at Heard Natural Science Museum & Wildlife Sanctuary,McKinney until 2/17/20
Sheila Hicks: Secret Structures, Looming Presence at the Dallas Museum of Art until 1/12/20
El Greco, Goya, and a Taste for Spain at Meadows Museum SMU until January 2020
40 For 40: Forty Artifacts for 40 Years at Denton County Courthouse-on-the Square Museum in Denton until Apr 4, 2020
A Fortune in Oils: Sid Richardson’s Personal Collection at Sid Richardson Museum in Fort Worth until March 2020
Stories of Survival: Object. Image. Memory.at the Dallas Holocaust and Human Rights Museum (ongoing special exhibit)
Hands and Earth: Contemporary Japanese Ceramics at Crow Museum of Asian Art until January 2020
Museum of Memories interactive art exhibit at 4428 Main Street, Dallas until December 2019
Discotech at Sweet Tooth Hotel in Victory Park until December 31

This Week Only or Ending this Week
Black on Black at Dallas Black Dance Theatre Studios Dec 6-7 only
Texas Ballet Theatre’s The Nutcracker at Winspear Opera House starting Nov 29 until Dec 8
Dear Evan Hansen at the Music Hall at Fair Park starting Nov 26 until Dec 8
The Lifespan of a Fact at Stage West Theatre starting Nov 7 until Dec 8
Ongoing
Black Nativity by Langston Hughes at Bishop Arts Theatre Center from Dec 5 until Dec 15
The Wizard of Oz Holiday Family Concert at Firehouse Theatre from Dec 5 until Dec 22
Nuncrackers a-MEN! by Uptown Players at Kalita Humphreys Theatre from Dec 6 - Dec 15
The Doggonest Christmas at Theatre Coppell starting Dec 6 until Dec 22
Cirque Holidays at Water Tower Theatre until Dec 22
Ebenezer Scrooge (38th Anniversary) at Pocket Sandwich Theater until Dec 23
A Christmas Carol by Dallas Theater Center at Wyly Theatre through Dec 29
Hooray for the Holidays at Theatre Arlington until Dec 15
Fruitcakes at Mesquite Community Theatre until Dec 15
Jack Frost at Casa Manana through Dec 23
If Scrooge Was a Brother at Jubilee Theatre, Fort Worth until Dec 22
Shouting Down at Quiet Life at Rover Dramawerks, Plano from Dec 5 to Dec 14
Noises Off at Theatre Three until Dec 22
Swimming While Drowning by Cara Mia Theater at Latino Cultural Center until Dec 15
Queen of Basel by Kitchen Dog Theater at Trinity River Arts Center,until Dec 15


Daily Things to Do

Last night was prom night at our school, and the girl I liked asked me to go with her (to which I happily obliged). The plan was for me te come to her house first to have a few drinks, then her mum would bring us to the party and even pick us up. I never really drank before, because I was afraid I would lose control of myself, which in a way did happen.
My Tourette's has mostly been on the vocal side, with some minor motor tics like excessive blinking, grimaces, etc.
As we got in the car I started to feel the alcohol more, and with it my Tourette's started to act up. It started with closing my eyes for extended amounts of time, but soon I started to make those head movements often most associated with Tourette's (sorry, that's the only way I can describe it). Not even an hour later it was so bad I could barely see (because my eyes were apmost constantly closed) and my head was all over the place.
Most of my friends don't know that I have TS, so I had a lot of explaining to do, which was really stressful. I faced a lot of disbelief, accusations and ignorance.
The girl I was with knows about my Tourette's luckily, and she was very supportive. She saw I was struggling at the party and offered to go outside for a moment. We got ice cream and went for a little walk. She helped me write up a note on my phone explaining the situation (my hands were shaking so I couldn't type myself) because I was stuttering a lot due to the stress. We went back to the party, and even though it was a lot better, I was still stressed out and ticcing really badly. After about half an hour she asked if I wanted to go home early. I told her she didn't have to do it for me, but she said that she didn't really like the setting anyway, and she'd gladly do it for me as well. On the way home the tics started to decrease. We went back to her place and played card games for a couple hours, which was a lot of fun luckily :)
I want to share this story for two reasons:
1) To ask if anyone has had an experience like this? I'm not sure if it was the alcohol, the party, or a combination of both that triggered my Tourette's, but I would really like to know for future reference.
2) To show you that there are still good people out there :) I don't know how I would've handeled the situation without my friend's help.